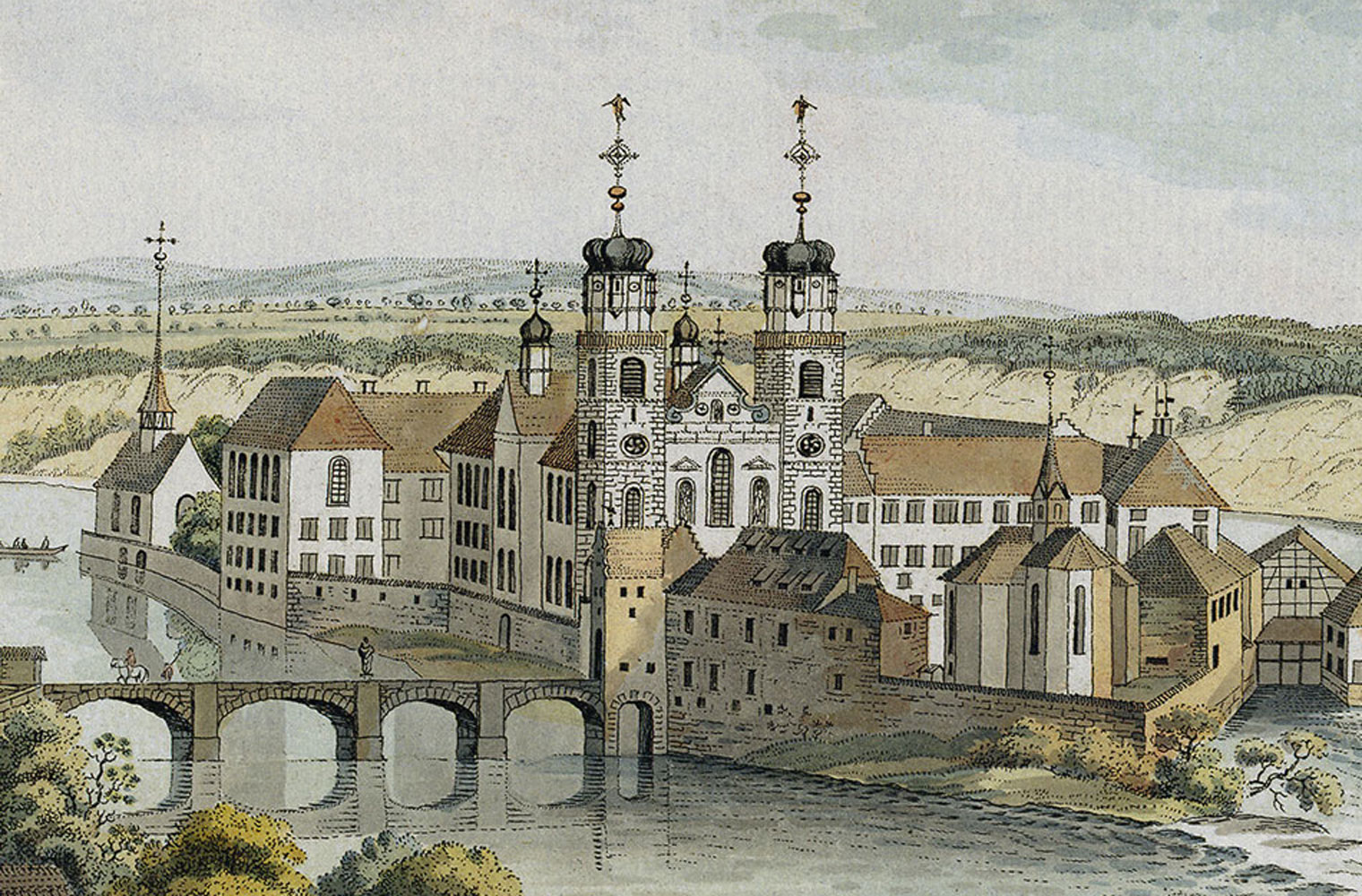 Rheinau has been settled since the Celtic periode. The documented history began with the establishment of the monastery towards the end of the eighth century. For centuries the monastery and its library were an important cultural center. The abbey reached its peak in the 18th century when the monastery church was magnificently restored and the two towers, visible from afar, were added.

Rheinau became a municipality of the Canton of Zurich in 1803. The liberal restructuring of the Canton led to the gradual end of the monastery. Consequently, the cantonal parliment decided to definitely abolish the monastery in 1862. A few years later a mental health center was established in the empty complex. The monastery buildings were adapted and added to fit their new purpose. At the end of the year 2000, the Psychiatric University Clinic moved out of the monastery complex.

In 2014 the MUSIKINSEL was opened in the former monastery.